Duality, a security startup co-founded by the creator of homomorphic encryption, raises $16M

The ubiquity of APIs and cloud solutions have opened up a world of interesting ways for businesses to create a service without having to build every part of it themselves. But they have unleashed something else, too: an increased risk of breaches resulting from data being moved and used in multiple places and in multiple ways. Now, a startup that has built a way to help safeguard against that threat — using homomorphic encryption — is announcing funding, a sign of market demand and the opportunity it presents for cybersecurity.

Duality, which builds solutions based on homomorphic encryption — a technique that encrypts an organization’s data in a way that lets it stay encrypted even as the company collaborates with third parties that also process the data — is today announcing that it has raised $ 16 million in funding.

The Series A round is being led by Intel Capital, with participation also from Hearst Ventures and Team8.

Team8 is the heavyweight Israeli cybersecurity incubator that counts Intel as a strategic partner and itself has an impressive list of backers that include Microsoft, Walmart, Eric Schmidt and Accenture.

Intel is a financial and strategic backer here: last year the two worked on a project to expose the security challenges of AI workloads, which utilised homomorphic encryption on Intel platforms in order to minimise data exposure. Intel’s are used in a wide range of use cases that include cloud services and massive hardware companies, you could see where the two might work together more in the future.

Other companies that Duality works with are in the financial markets, healthcare, and insurance, although it says it cannot disclose who because of NDAs. One customer it did name was the CDA, the Cyber Defense Alliance, in the UK, a cross-bank security alliance.

Another is may well be Heart, the other investor named in this round.

“As a leading global, diversified media, information and services company with more than 360 businesses across industries, we are acutely aware of the increasing importance of data and data collaboration in companies across many market segments,” said Kenneth Bronfin, Senior Managing Director of Hearst Ventures, in a statement. “Sensitive data is constantly being generated by both individuals and businesses; there needs to be technology available that protects such data while allowing us to extract insights. We are excited by Duality’s mission and its ability to deliver complex technology to real-world use cases and applications.”

There are a handful of cybersecurity startups and larger companies emerging that are building solutions on the principle of homomorphic encryption.

They include Enveil, CryptoNext Security, IBM. Duality, however, has an interesting pedigree when it comes to the field: one of its co-founders, Shafi Goldwasser, won a Turing Award for her groundbreaking work in cryptographic algorithms that form the basis of homomorphic encryption.

As with a lot of high-level math, that work is largely theoretical, and so the work that Duality — led by its other co-founders Alon Kaufman, Rina Shainski, Vinod Vaikuntanathan and Kurt Rohloff, all of whom also have long lists of cybersecurity and data science credentials — has done has involved making the algorithms into something that is commercially viable and usable by most businesses.

That being said, there is still a lot of time and computing energy that are needed to process encrypted data, and so the idea with Duality is that it’s used on a company’s most sensitive information. With some of the funding going towards R&D it will be interesting to see whether algorithms can improve enough to extend that kind of encryption i a practical way to wider data sets.

“There is no free lunch here,” said Kaufman, the CEO, in an interview this week. “Homomorphic encryption is the holy grail of security and privacy since it removes huge challenges. But there are overheads. When we deploy it with a customer, we don’t say, from now on encrypt everything and assume nothing is open. That’s because i’s a storage and computational overhead. That is why we focus on sensitive data sets.” He added that one of Duality’s unique qualities is that its overhead is dramatically improved compared to others that are also building solutions on this principle, but all the same, “you apply it only when you need to.”

“The ability to secure data during analysis is a critical component in the future computation stack, specifically in the context of AI. Intel Capital has been following the space closely, and we are excited to see secure computing and homomorphic encryption becoming practical and broadly applicable,” said Anthony Lin, Vice President & Senior Managing Director of Intel Capital, in a statement. “We believe privacy-preservation in AI and ML represents a huge market need, and we’re investing in Duality because of its unique founding team and world-leading expertise in both advanced cryptography and data science.”

Airbnb wants to get into streaming media… because why not?

Tesla Looked Like the Future. Now Some Ask if It Has One.

In China, an App About Xi Is Literally Becoming Impossible to Ignore

Biotech researchers venture into the wild to start their own business 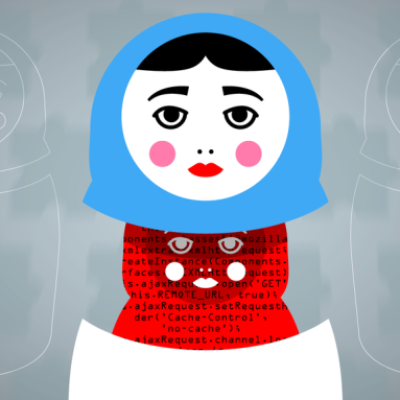 Clickjackers: Inside The Strange New World Of Modern Spyware