A decision to confirm Rep. Will Hurd as the keynote speaker at the Black Hat security conference this year has prompted anger and concern by some long-time attendees because of his voting record on women’s rights.

Hurd, an outspoken Texas Republican who has drawn fire from his own party for regularly opposing the Trump administration, was confirmed as keynote speaker at the conference Thursday for his background in cybersecurity. Since taking office in Texas’ 23rd district, the congressman has introduced several bills that would aim to secure Internet of Things devices and pushed to reauthorize the role of a federal chief information officer.

But several people we’ve spoken to have described their unease that Black Hat organizers have asked Hurd, a self-described pro-life lawmaker, given his consistent opposition to bills supporting women’s rights.

An analysis of Hurd’s voting record shows he supports bills promoting women’s rights only two percent of the time. He has voted against a bill that would financially support women in STEM fields, voted in favor of allowing states to restrict access and coverage to abortions, and voted to defund Planned Parenthood.

Many of those we spoke to asked to be kept anonymous amid worries of retaliation or personal attacks. One person who we asked for permission to quote said Hurd’s voting record was “simply awful” for women’s rights. Others in tweets said the move doesn’t reflect well on companies sponsoring the event.

Any lawmaker fighting against women’s rights doesn’t get to claim that he “understands cyber”.

Amplifying women & URC voices is 1 of the most urgent matters facing our industry.

Black Hat should be featuring women, LGBTQI, and POC as their keynotes. It’s 2019. Act like it. https://t.co/Ng8PwrVEqA

Black Hat says it aims to create an “inclusive environment,” but others have questioned how a political figure with views that cause harm to an entire gender can be considered inclusive. But at a time when women’s rights — including right to access abortions — is being all but outlawed by controversial measures in several states, some have found Hurd’s selection tone-deaf and offensive.

When asked, a spokesperson for Black Hat defended the decision for Hurd to speak:

“Hurd has a strong background in computer science and information security and has served as an advocate for specific cybersecurity initiatives in Congress,” said the spokesperson. “He will offer the Black Hat audience a unique perspective of the infosec landscape and its effect on the government.”

Although previous keynote speakers have included senior government figures, this is the first time Black Hat has confirmed a lawmaker to keynote the conference.

Although abortion rights and cybersecurity are unrelated topics, it’s becoming increasingly difficult to separate social issues from technology and gatherings. It’s also valid for attendees to express concern that the keynote speaker at a professional security conference opposes what many will consider a human right.

Kat Fitzgerald, chief operating officer of the Diana Initiative, a conference for women in cybersecurity, said Hurd’s choosing was a “painfully poor choice” for a keynote speaker. “Simply put, in 2019 women and minorities continue to be ignored,” she said. “This keynote selection, regardless of the voting record, is just another indication of ignoring the infosec community that exists today.”

The Diana Initiative, which hosts its annual conference in August, is “about inclusion at all levels, especially in today’s charged environment of excluding women and minorities in so many areas, said Fitzgerald.

Hurd’s office did not return a request for comment.

Maker Faire halts operations and lays off all staff 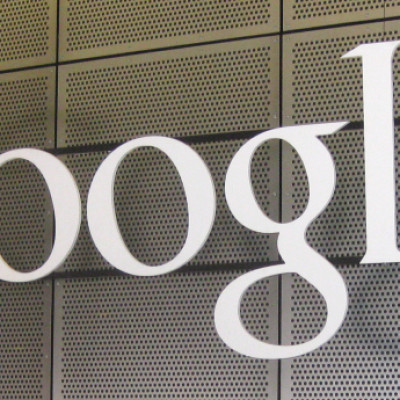 Google Wants To Speed Up The Web With Its QUIC Protocol

Dominating Retail? Yes. Reviving a City? No Thanks.